Our mission is to be the gateway to corporate and government contracts, Asian American (includes East, South and Southeast Asian and Pacific Islander) suppliers, information about Asian Americans and the Asia and Indian Subcontinent markets. We promote Asian Americans businesses and their strategic alliance partners for economic growth by enabling procurement contract opportunities with corporations, non-profit organizations and government agencies.

The vision of USPAACC National and its Regional Chapters is to be recognized as the premier educational, training and networking organization that connects business to business to government, and that opens doors to contract, professional and educational opportunities to Asian Americans and their partners in Fortune corporations, government, nonprofit organizations and the small and minority business community.

USPAACC Southwest Region promotes, nurtures and propels economic growth by opening doors to contract, educational and professional opportunities for Asian Americans and their business partners in corporate America, the federal government, and the small and minority business community in the Northeast.

We represent all dimensions of Asian Pacific Island heritage-owned businesses

Our members’ heritage includes, but is not limited to, China, Hong Kong, Taiwan, Japan, the Philippines, Korea, India, Vietnam, Cambodia, Thailand, Singapore, Malaysia, Pakistan, Mongolia and Indonesia. We welcome all people who believe in the power of diversity and inclusion for mutually beneficial economic gains. 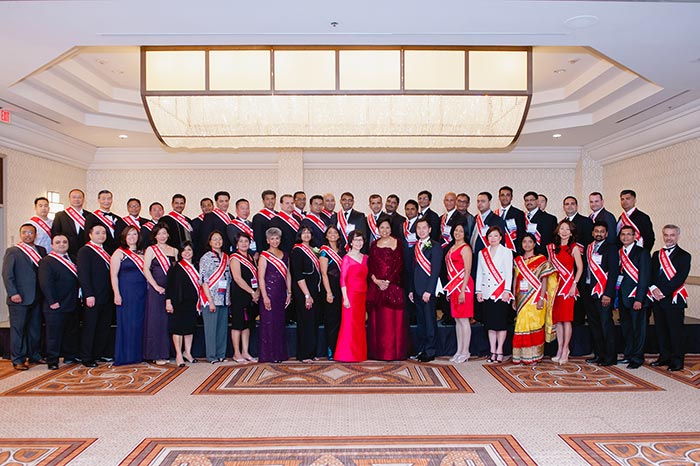 For decades years, she has been an active advocate and role model for mentoring women and Asian Americans in assuming greater leadership roles in the Dallas community. Grace founded her own successful business, Tiara International, a cosmetic and perfume company that exports quality products to Asia. She has served the Asian community through various leadership roles, mainstream boards, and community associations. She has represented the North Texas Asian community in community initiatives under President Bill Clinton and President George W. Bush.

As president of the USPAACC-SW, her primary objective has been to help Asian American businesses and professionals achieve their goals through a variety of educational, advocacy, and training programs. Her accomplishments with the chamber include the signature Annual Asian Business EXPO, the annual Lunar New Year Celebration, and special programs including the Women’s Business Symposium and the US-China Business Connection. 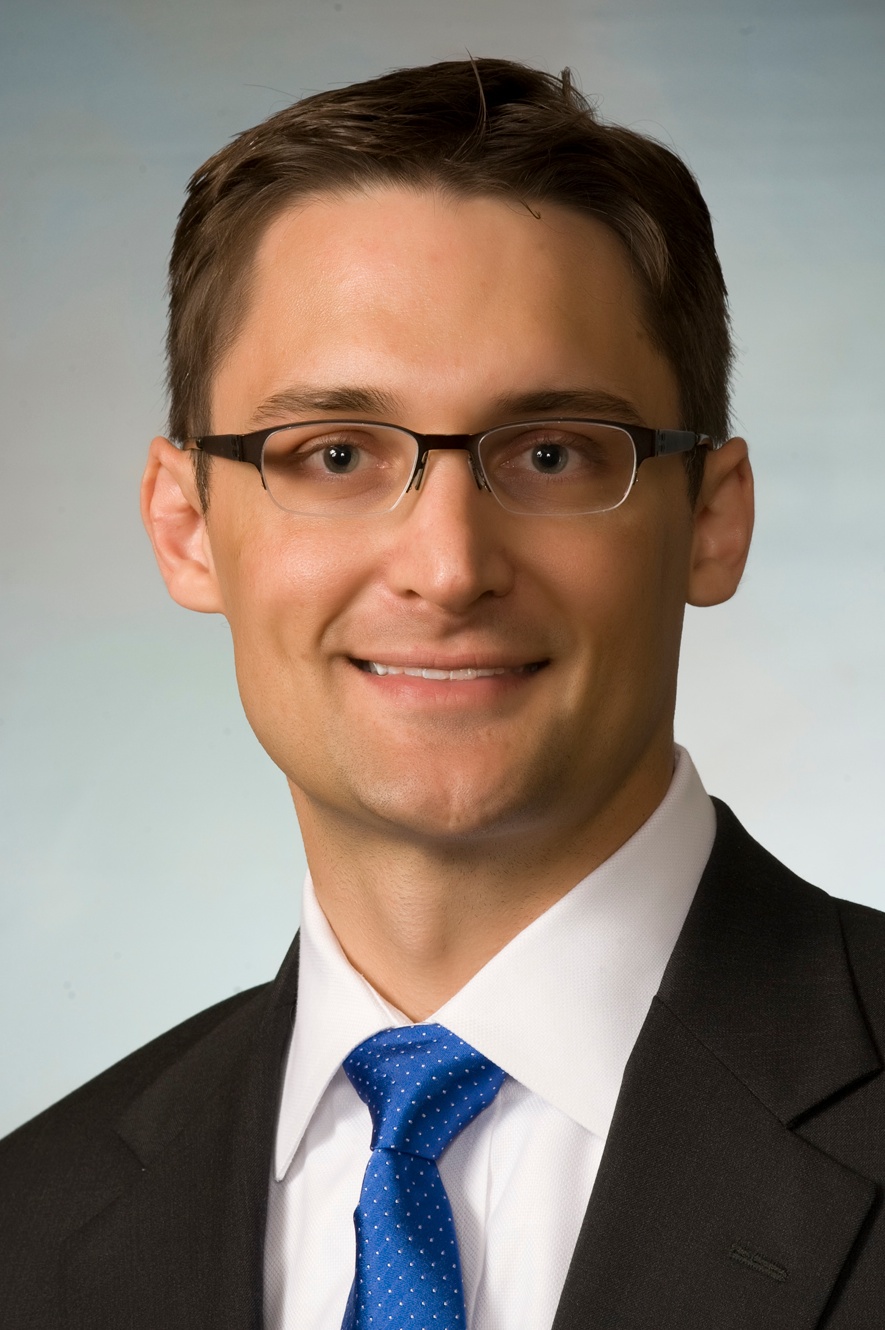 Part of Wells Fargo Commercial Banking Services, Aaron Capps oversees the downtown Dallas and Fort Worth offices.  His entire 15 year career with Wells Fargo has been focused on helping small and mid-sized businesses succeed financially.   Aaron holds an MBA from Southern Methodist University and is also a graduate of the Pacific Coast Banking School.  He resides in Southlake with his wife and two children. 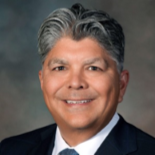 Drew G. Ruiz is Vice President, for F-35 Supply Chain Management (SCM) for Lockheed Martin Corporation. In this capacity, he is responsible for leading the Corporation’s F-35 SCM organization. He is the primary interface for program management and the customer for supply chain strategies, execution and performance for F35. F-35 SCM responsibilities span across all LM Aeronautic sites including Fort Worth, Marietta and Palmdale. Throughout his career, Mr. Ruiz has led several critical initiatives for Lockheed Martin Corporation, including F22 Sustainment Capture, Depot Activations, ADP Classified Program Capture and execution as well as F16 International Licensing activities. Mr. Ruiz graduated from Texas Christian University with a bachelor’s degree in Business Administration. Additionally, he has completed The University of Tennessee Executive Sustainment – Vested Outsourcing Program. He is also a graduate of the Program Management Development Program for Lockheed Martin. 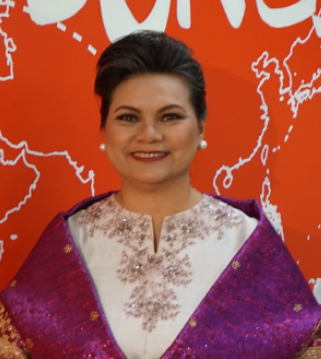 Honorable Nana Yuliana, Ph.D arrived in Houston on September 22, 2017 to serve her duties as the Consul General of the Republic of Indonesia in Houston. Prior to her position as Consul General, she was the Director of Mid-Career Diplomatic School at the Ministry of Foreign Affairs of Indonesia. She was assigned as First Secretary of Political Affairs at the Embassy of Indonesia in Manila from 2001-2005. During her assignment in Manila, she was a member of the Committee of the Eight of the Organization of Islamic Conference which tasked to be the monitoring team of the Implementation of Peace Agreement signed in 1996 between the Government of the Republic of the Philippines with Moro National Liberation Front (MNLF).

From 2008 to 2012, she was the Counselor of Economic Affairs of the Embassy of Indonesia in Bangkok and Permanent Representative of Indonesia to the United Nations Economic and Social Commission for Asia and Pacific (UNESCAP). She attended several meetings related to Millennium Development Goals (MDGs) or Sustainable Development Goals (SDGs) issues.

While serving as a diplomat since 1995, her passion in teaching and leaning encourages her as well to share her knowledge and teaches at the University in Jakarta, Indonesia.

Nana Yuliana is married to Imam Bogie Yudhaswara and they are blessed with two children. 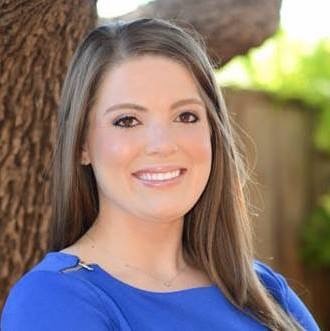 Madeline was born and raised in Fort Worth, Texas. She attended Texas Tech University, where she graduated with degrees in Marketing and Management, with a concentration on Global Supply Chain Management. She began her career with BNSF in college, where she was a summer Intern in the Marketing department. Upon graduating in 2015, she returned as a Management Trainee, and was subsequently promoted to analyst and senior analyst positions in the Marketing Department. She was promoted to Supplier Diversity Manager this past December in BNSF’s Strategic Sourcing group. Madeline is an active member of the Junior League of Fort Worth, and spends her free time with her two dogs, Gracie and Remy, as well as planning her upcoming January wedding!